Richard Gibson knows he has a smart horse on his hands in Wellington but do not expect to see him many more times this season.

Gibson said there is a chance his eye-catching three-year-old will be seen just once more this term before he is put away with an eye towards lucrative races next season.
Wellington was impressive at Sha Tin on Sunday, motoring home from the rear of the field to win the Class Three Citi Insurance Services Handicap (1,200m) after bolting in on debut last month. “He didn’t get a very good jump, we had an outside draw so [Alexis] Badel was cool out of the gates, had no option but to take a seat, probably further back than we expected but he accelerated nicely at the finish and showed a bit of class,” he said. 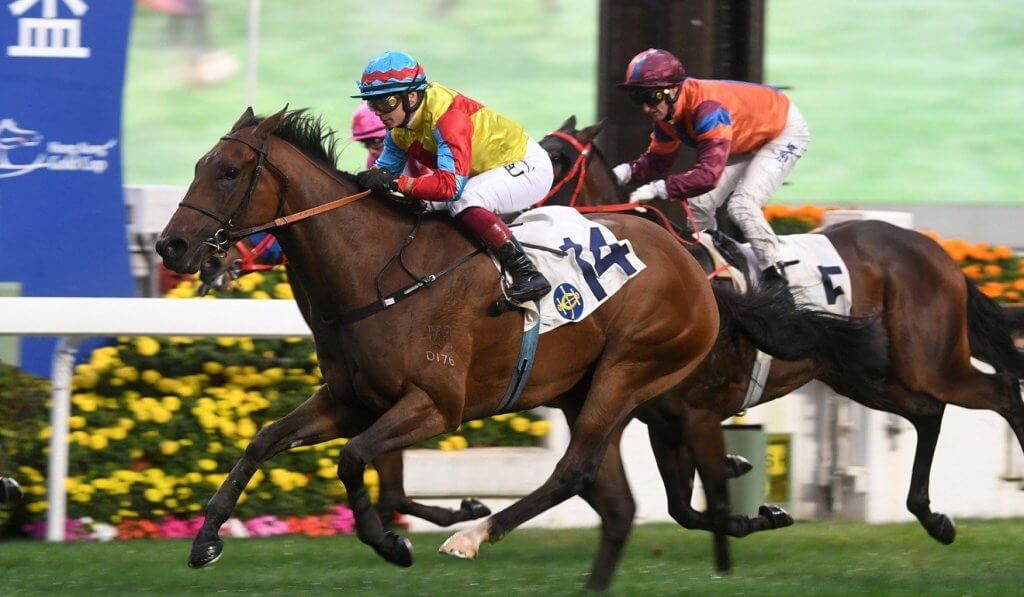 Wellington races home to win at Sha Tin on Sunday under Alexis Badel.

“I think he is a horse that will run maybe one more time this year and there are plenty of things for him if he is good enough next season.
“I think we saw today he would be able to increase in trip no problem.”

With Badel due to return to France next month, Gibson said he would miss the popular rider who has enjoyed a breakout season in Hong Kong with 23 wins to his name.

“I have always been a big fan of the school of French jockeys, I had a lot of success with [Olivier] Doleuze and obviously Badel now and [Tony] Piccone has come here and punched well above his weight, it is a shame they are both going,” Gibson said.

Wellington was educated (and named) by the team at Lauriston Thoroughbred Farm before being sold to Hong Kong interests. He was purchased by Lauriston at the 2018 Magic Millions Yearling Sale.