Competitive Rubiton Gelding – In Full Work
Levant is racing at Echuca on Monday 01 October over 1400 metres.
Levant is a 58 rating gelding has raced competitively throughout regional Victoria. He has won six races from 1,000 metres to 1,300 metres. Among them is the grey’s 0-91 rating sprint race (pictured) during Oakbank’s Easter carnival on Great Eastern Steeplechase Day. …more 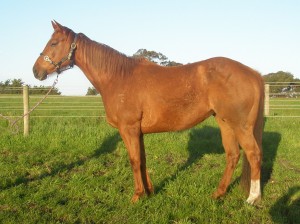 Unraced Zenno Rob Roy Mare – Broken In
Although unraced, Extent has been broken in and is sound. She is currently spelling and ready to come into work. Extent would suit a small stable environment. …more 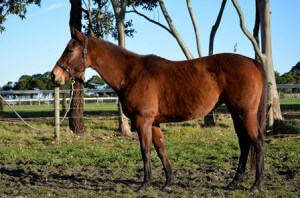 Winning Daughter of Lion Hunter
Lion Hunter was a prolific getter of winners. His daughters in particular have excelled on the track. His female progeny include Gold Edition, Lovely Jubly, Chinchilla Rose, Street Smart and Leone Chiara ..…more