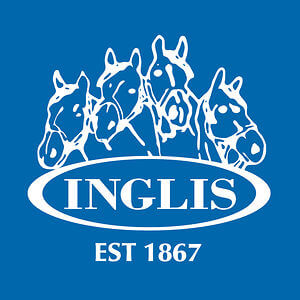 This year we are proud to be presenting a draft of eleven quality yearlings at Inglis’ Melbourne Premier Sale. Five of our youngsters were accepted for Easter but we have chosen to include these yearlings among our Melbourne draft. The draft will be available for inspection from Tuesday 26 February in Barn D at Oaklands Junction. All of our yearlings are Super VOBIS qualified and many are BOBS eligible.

Lot 150         Melbourne  Bay Colt        Domesday x Yatala
This quality son of Domesday is the first foal from stakes placed Yatala – a daughter of More Than Ready and full sister to $574,000 earner Ready To Mambo. This colt relishes hard work.

Lot 224         Melbourne  Bay Filly        Lonhro x  Amarazetti
This well-grown filly is a daughter of Australian Champion racehorse and sire Lonhro. She is the second live foal from regular city grade winning sprinter Amarazetti. Amarazetti won $250,000 and was runner up at Group 3 level.

Lot 583         Melbourne  Bay Colt        High Chaparral x Pride Of Encosta
This well grown athletic son of popular stallion High Chaparral is from the highly regarded family of Pride Of Ingenue. His dam is a half sister to Atapi who finished top four at Group 1 level on eight occassions.

Lot 698         Melbourne  Chestnut  Filly        Turffontein x Gal Express
This filly is from the first crop of tough dual Group 1 winner Turffontein. Three of her siblings have raced. All are winners including thrice listed placegetter Timely Truce.

Lot 724         Melbourne  Bay Filly        Turffontein x Let it Ring
This half sister to Port Call and Lord Of Lauriston is from the first crop of tough multiple Group 1 winning sprinter Turffontein.