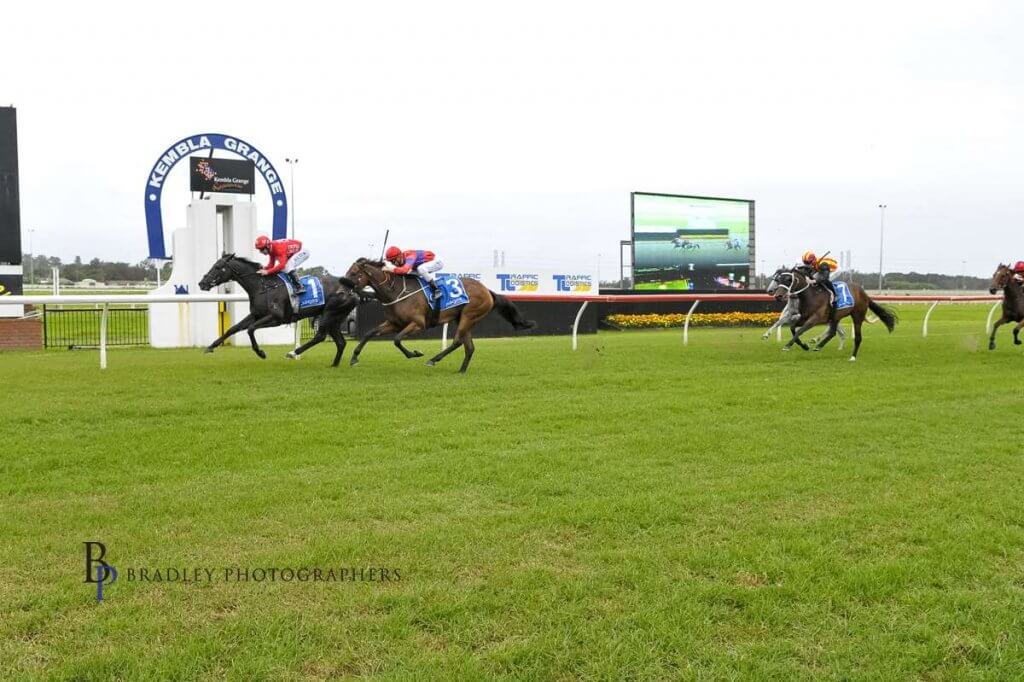 The rapidly-improving Baracus made it three wins from four runs this prep with an impressive front-running display at Kembla Grange on Tuesday.

On what was just his second outing in the clockwise direction having switched from Peter & Paul Snowden’s Melbourne stable last month, Baracus defied top weight of 60kg to run out a gutsy winner of the 1600m Benchmark 64 Handicap under Christian Reith.

The son of Brazen Beau broke well and showed his customary gate speed to assume a position at the head of affairs. He travelled strongly thereafter and proved not for passing up the straight, seeing out the 1600m with aplomb to score by half a length, with the well supported favourite Living Rocks a further three lengths adrift in third.

“That was a much stronger race than last start and he got the job done again,” a delighted Peter Snowden said.
“He looked like he had a lot of fun winning there and that’s how it should be.”
“He’s a beautiful looking horse and he’s just starting to live up to what we though he might be in the early days, so hopefully he’s not done improving yet.”

“He has a good cruising speed and there are a couple more mile races around at the moment which should suit him.”