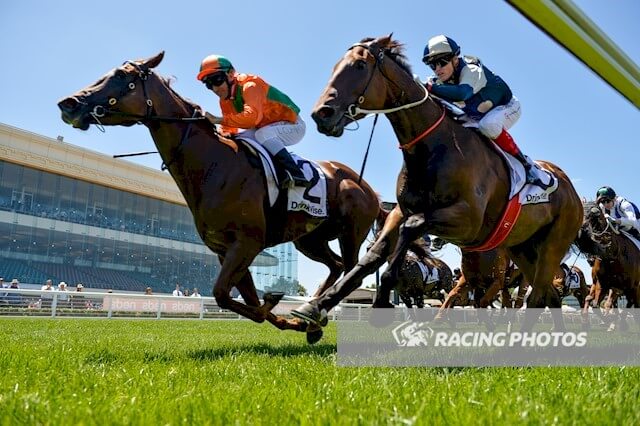 Talented mare Jentico continued to build on her impressive record with a strong victory at Caulfield on Saturday, January 25.

Trainers Tony & Calvin McEvoy have placed the four-year-old mare beautifully and she now has six wins and a placing from just 13 starts and today’s win took her stakes to $230,850.

McEvoys’ Victorian stable foreman Michael Shepherdson said the mare handled travel between Adelaide and Melbourne in her stride.
“Originally she spent a lot of time in our Melbourne stable,” Shepherdson said.
“She has gone back to Adelaide several times to try and give her some confidence where there were better options.
“She has had a really good preparation, really matured.
“It is great to get a city win in Melbourne with Jentico.”

Winning jockey Luke Currie said the race had worked out perfectly for Jentico.
“She had a really good run in behind some nice speed,” Currie said.
“She was always going to be hard to beat with the run she had.
“It was a lovely race for her.”